I’ve been on a bit of a blogging hiatus while working hard on Postmatic, but there have still been good outings, and this is one I’ve wanted to do for a long time. I go to Vermont occasionally to work with my partner Jason and visit family in Burlington. The region is dominated by two peaks, the Camel’s Hump and Mount Mansfield, both of which I’ve looked up at longingly on all my previous visits. This time around Jason invokes his (pre-) Father’s Day wish to do it with me.

The hike does not disappoint, taking us over a nice variety of terrain to the distinctive rock flats on the summit. 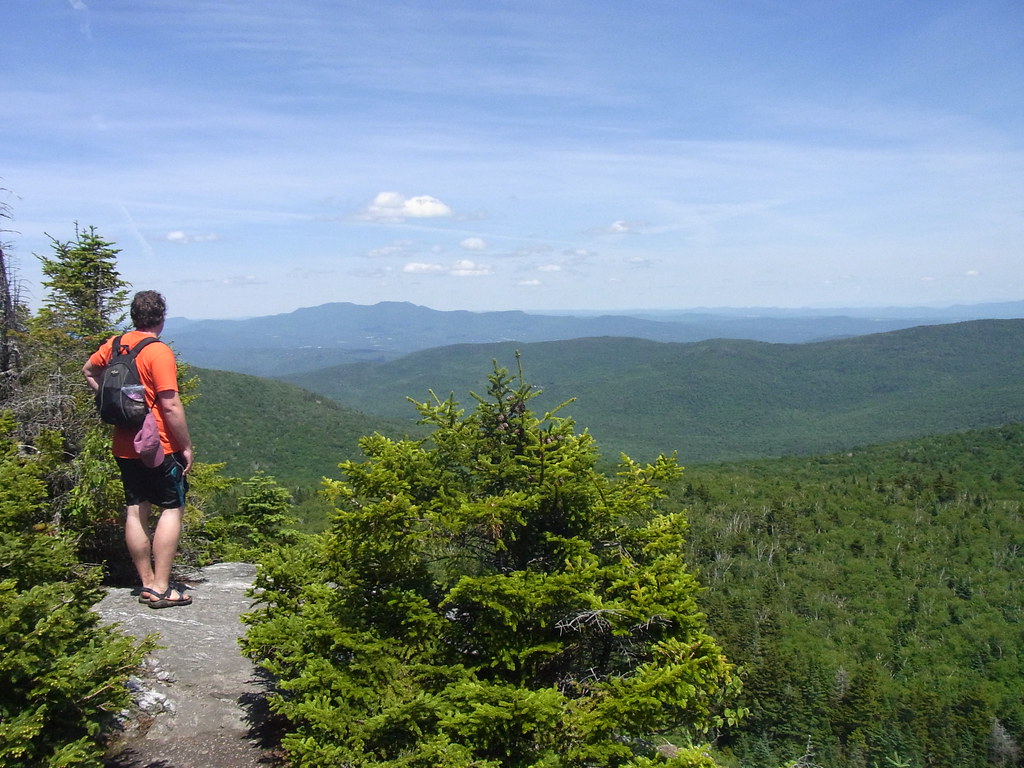 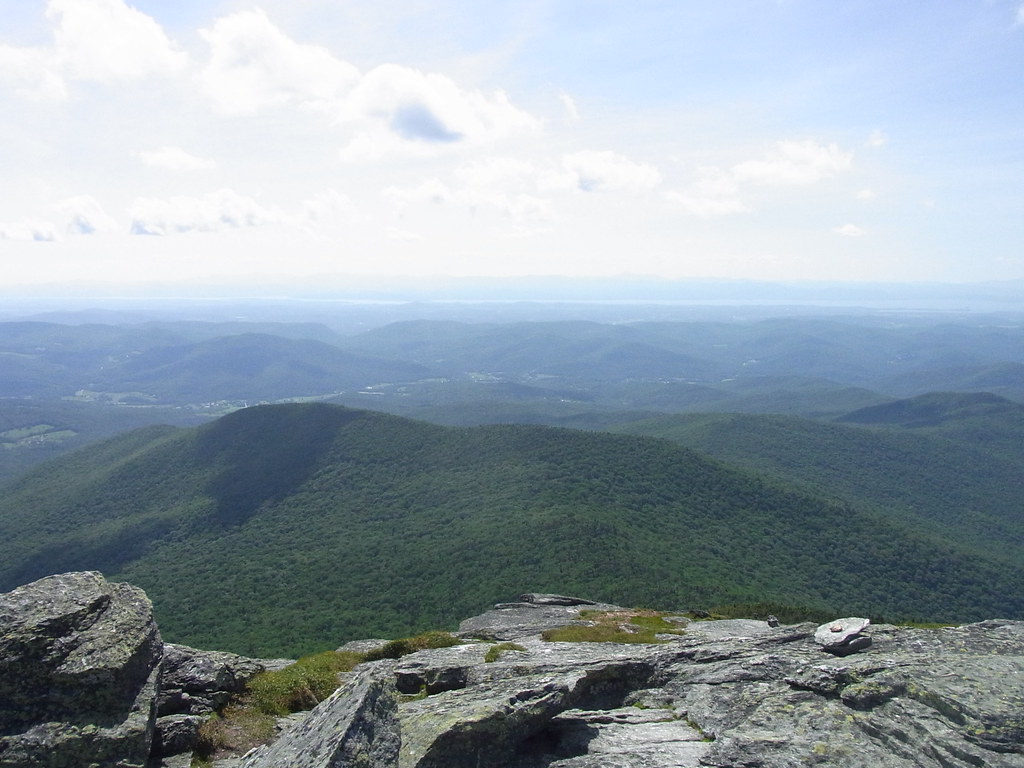 These trails are so different from the hikes I do out west, it almost feels like a different activity altogether. Paths are cut through dense woods, making a “tread” that is much more alive and three-dimensional than I’m used to. Roots, moss, rocks, water, and steep grades combine to create paths that bear little resemblance to a level, dry Sierra trail. The water is especially odd to me. While we bake in extreme drought in Reno, here there is water coming out of every nook and cranny in this landscape. This is evident on the ascent, but it’s the descent that really throws me for a loop. It’s steep and often under flowing water. Jason offers to let me run the long way while he returns to the car and drives around to pick me up. I soon see a sign with a higher mileage than I expected and my feet are so muddy and slippery that I can’t really run at all. I worry that he’ll be waiting for hours, but fortunately the trail slowly dries out enough for me to high step along, though I stub my toe twice doing it. 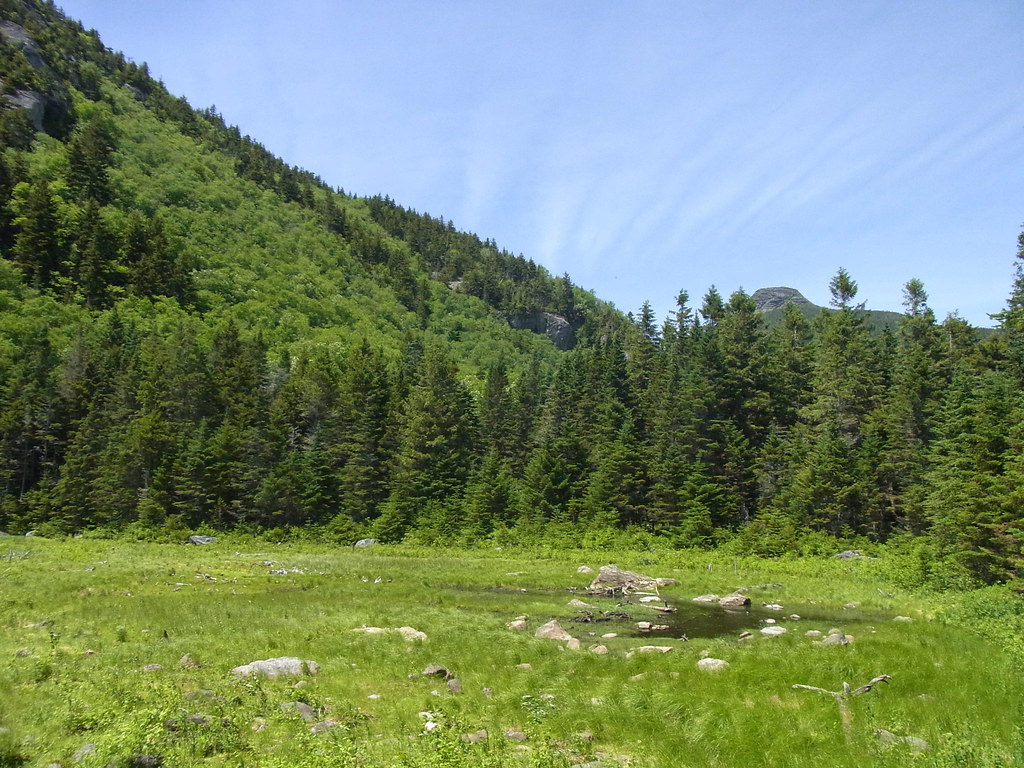 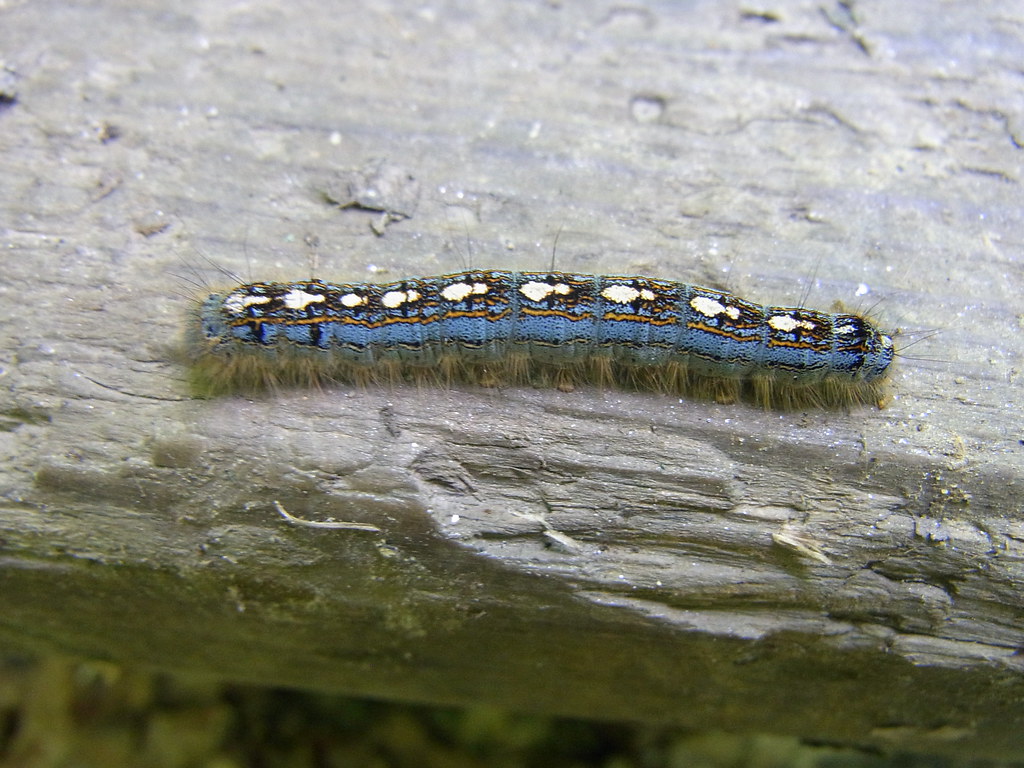 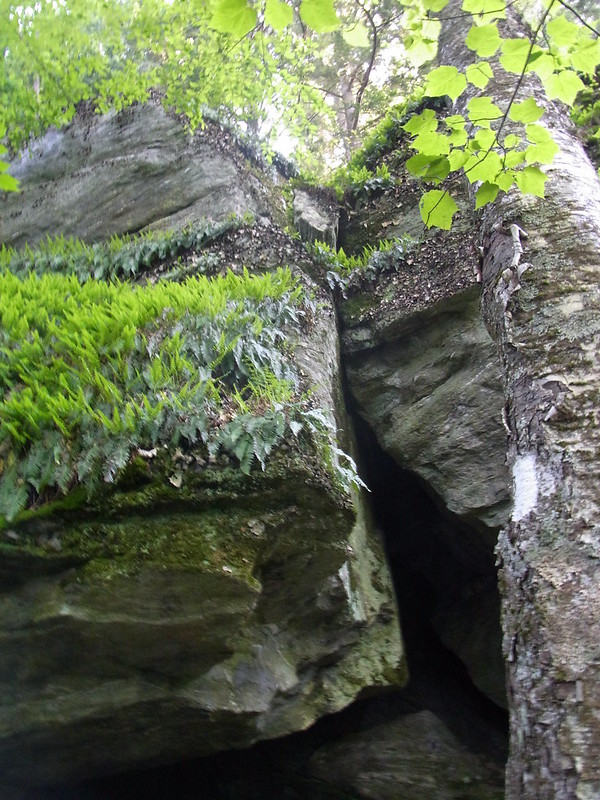 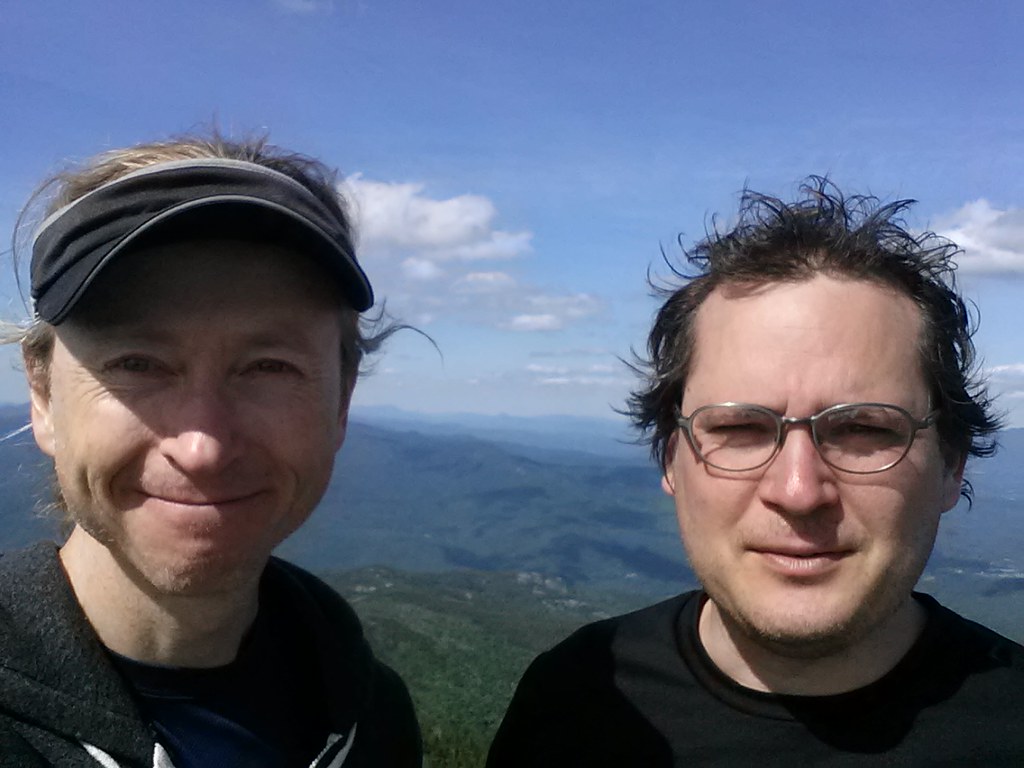 In the end Jason and I converge on the trailhead simultaneously, perfect timing.

This has been a year to go down in the annals of blogs, wikis, and feeds for the ages. I’ve fared better than most I think, but my life has changed completely. I’m now sitting at a desk in a bedroom in Phoenix, feeling tired, uncertain, hopeful, determined, scared, cynical, stoic, weak, strong. How, broadly,…
END_OF_DOCUMENT_TOKEN_TO_BE_REPLACED

I made my voting plan tonight. Well, actually Ann did, but I did some of the thinking part! We can’t help each other too much, or too soon, and the time to do it is now. Online Tools There are a plethora of websites out there purporting to help us through the voting process. I’m…
END_OF_DOCUMENT_TOKEN_TO_BE_REPLACED

This is the second chapter in a series exploring a Pacific Crest Trail hike that began on April 16, 1996 and didn’t end until my partner Peter Miles Bergman and I had doubled in age and fulfilled a 23-year-old pact, completing a TAOist thruhike. In the first chapter I looked at how the planning of…
END_OF_DOCUMENT_TOKEN_TO_BE_REPLACED

New Year’s greetings to you! I promised a 2019-wrap-up post and this is it, short and sweet. My year was dominated by my 2-month hike on the Pacific Crest Trail, fulfilling a pact made 23 years ago with my hiking partner Pete. That journey, which we refer to by the name PaCT, will continue as…
END_OF_DOCUMENT_TOKEN_TO_BE_REPLACED