It’s a little stormy when we pull in to Bruneau Dunes state park. A blustery wind whips sand off the tall dunes like spindrift on a snowy peak. We’ve seen on the map that there are two small lakes at the base of the dunes, an odd juxtaposition, but we can’t see them from the campground. 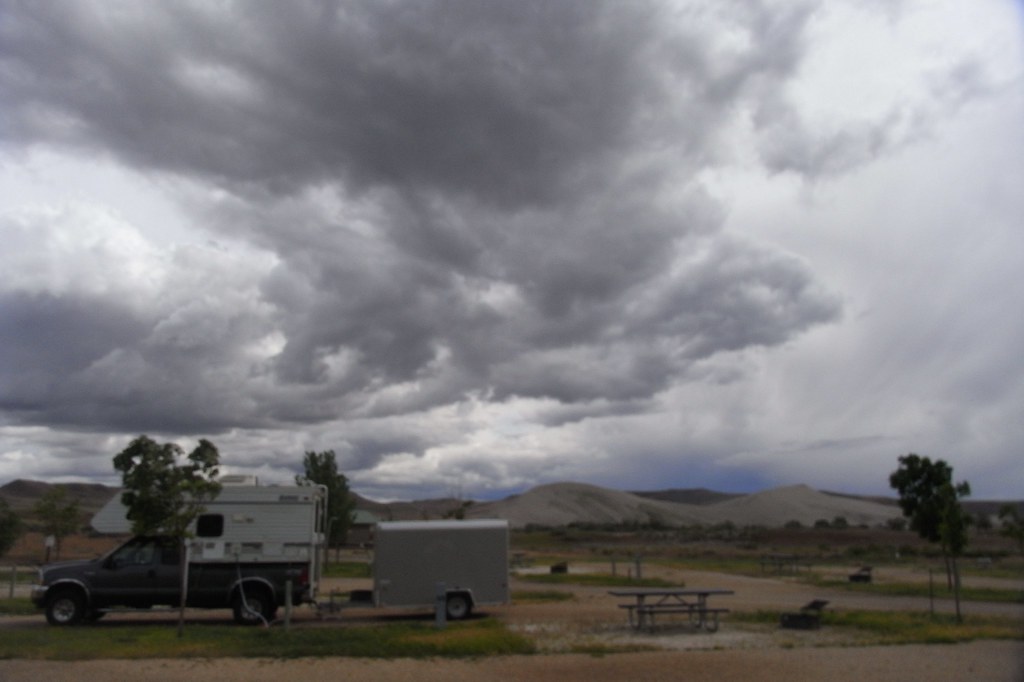 In the morning we attempt to run the 6-mile loop trail that traverses the dunes, but as soon as we hit the steep sand it becomes clear that running is out of the question. It’s a slow slog to the crest, but the descent goes quickly in surprisingly tiring giant bounding steps to the shady bowers surrounding the lakes below. This is where most of the park’s visitors congregate, fishing and picnicking below the 450-foot dunes. As we reach the road a loud, unearthly sound emerges from the hills beyond the dunes. Something like the creak of a long train starting to move, maybe, but amplified a million times. One of the picnickers says it’s Mothra coming to destroy civilization (a Godzilla reference, I know from childhood TV), and that kind of sounds right too. The noise repeats half a dozen times, but civilization continues regardless. 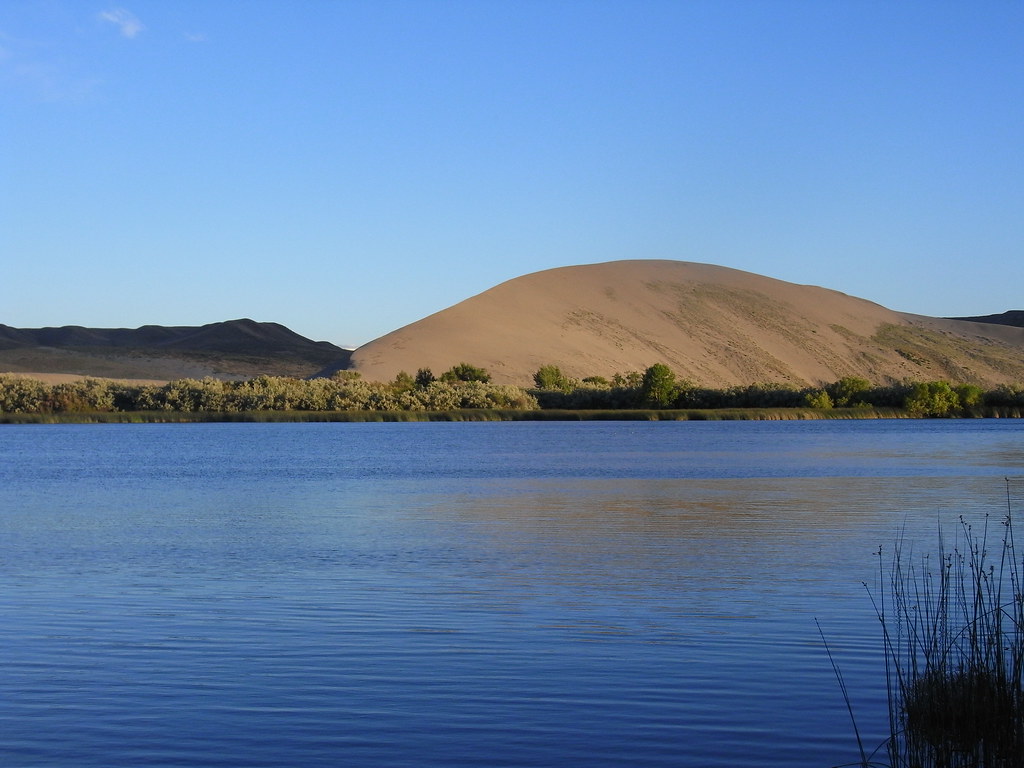 I won’t lie, my ideas about this year are mucky at best. Maybe that’s a succinct summary of sorts. Perhaps taking a little tour through the muck will demuckify it a little. My 2016 review outlined my practice of using Maslow’s hierarchy of needs for perspective and reflection. Aside from a childish urge to change…
END_OF_DOCUMENT_TOKEN_TO_BE_REPLACED

This has been a year to go down in the annals of blogs, wikis, and feeds for the ages. I’ve fared better than most I think, but my life has changed completely. I’m now sitting at a desk in a bedroom in Phoenix, feeling tired, uncertain, hopeful, determined, scared, cynical, stoic, weak, strong. How, broadly,…
END_OF_DOCUMENT_TOKEN_TO_BE_REPLACED

I made my voting plan tonight. Well, actually Ann did, but I did some of the thinking part! We can’t help each other too much, or too soon, and the time to do it is now. Online Tools There are a plethora of websites out there purporting to help us through the voting process. I’m…
END_OF_DOCUMENT_TOKEN_TO_BE_REPLACED

This is the second chapter in a series exploring a Pacific Crest Trail hike that began on April 16, 1996 and didn’t end until my partner Peter Miles Bergman and I had doubled in age and fulfilled a 23-year-old pact, completing a TAOist thruhike. In the first chapter I looked at how the planning of…
END_OF_DOCUMENT_TOKEN_TO_BE_REPLACED