We’re still developing a sense of when to turn around when exploring dirt roads to possible camping and climbing areas. Today we’re headed toward Courthouse Rock when the road goes to dirt, then gets bumpy, then narrows, then gets sandy. Turning around in these areas with camper and trailer is not easy, so we when a good turnaround appears we use it, and I don’t regret it afterward.

We return to a BLM area we passed on the way, Saddle Mountain. There isn’t any climbing that we know about here, but the roads look nice for running, so we go out in the evening. 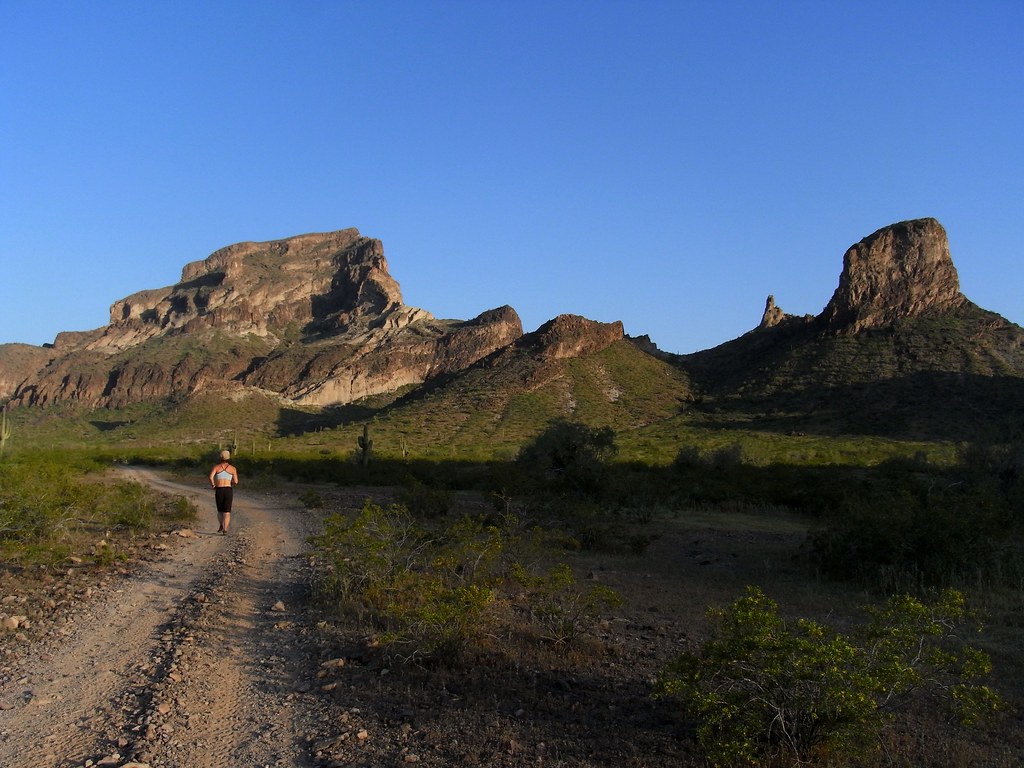 Ann on foot near Saddle Mountain

Nearing our turn around point I’m just hitting my stride when a hiss and rattle right next to the road sends me skyward. So much for the snake handler’s advice to freeze when you’ve stepped near a rattlesnake, but at least I can see I’m now well out of the strike zone. 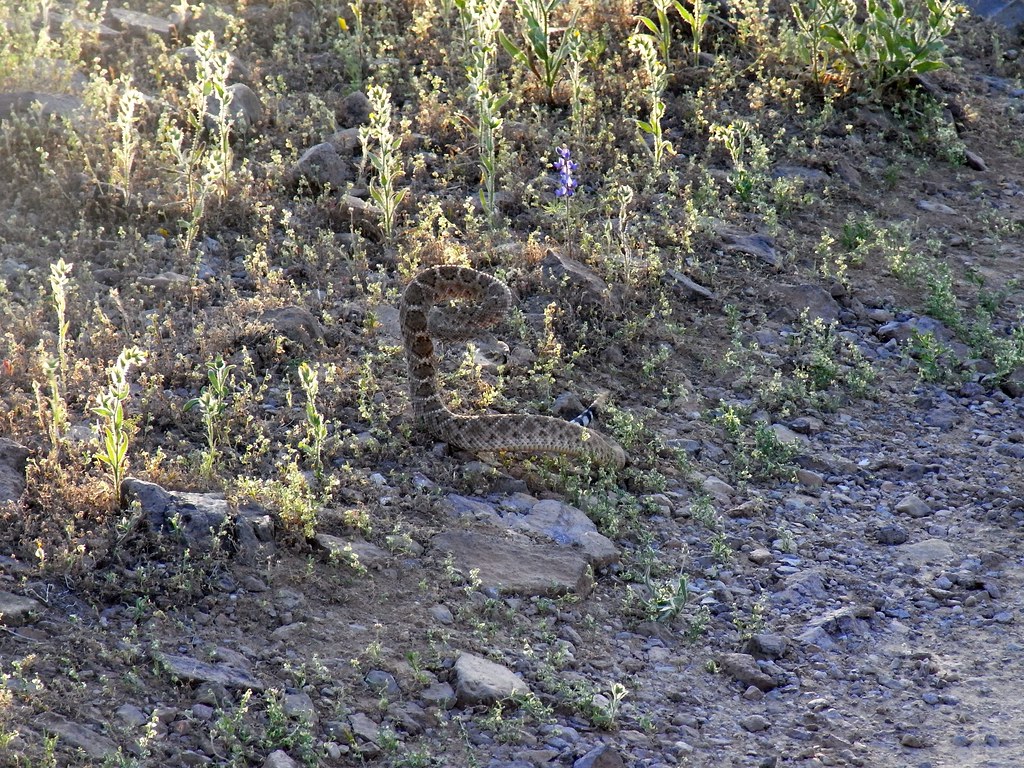 After that my attention sharpens, but the remainder of the outing is peaceful. After the sun sets I look back towards Courthouse Rock. A lone factory looks like a steamship chugging along an ancient desert sea. 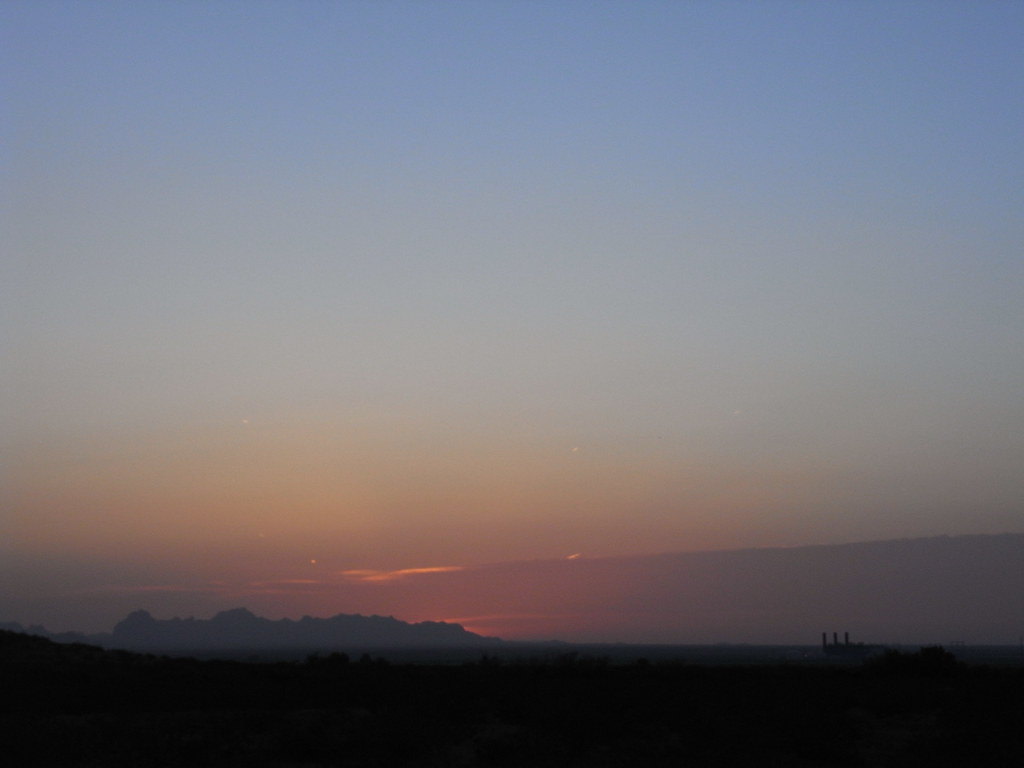 The long day is over

I won’t lie, my ideas about this year are mucky at best. Maybe that’s a succinct summary of sorts. Perhaps taking a little tour through the muck will demuckify it a little. My 2016 review outlined my practice of using Maslow’s hierarchy of needs for perspective and reflection. Aside from a childish urge to change…
END_OF_DOCUMENT_TOKEN_TO_BE_REPLACED

This has been a year to go down in the annals of blogs, wikis, and feeds for the ages. I’ve fared better than most I think, but my life has changed completely. I’m now sitting at a desk in a bedroom in Phoenix, feeling tired, uncertain, hopeful, determined, scared, cynical, stoic, weak, strong. How, broadly,…
END_OF_DOCUMENT_TOKEN_TO_BE_REPLACED

I made my voting plan tonight. Well, actually Ann did, but I did some of the thinking part! We can’t help each other too much, or too soon, and the time to do it is now. Online Tools There are a plethora of websites out there purporting to help us through the voting process. I’m…
END_OF_DOCUMENT_TOKEN_TO_BE_REPLACED

This is the second chapter in a series exploring a Pacific Crest Trail hike that began on April 16, 1996 and didn’t end until my partner Peter Miles Bergman and I had doubled in age and fulfilled a 23-year-old pact, completing a TAOist thruhike. In the first chapter I looked at how the planning of…
END_OF_DOCUMENT_TOKEN_TO_BE_REPLACED